HomeTeam NewsWeb Summit 2019 in Lisbon: Inside Look By Zero To One Search

Web Summit 2019 in Lisbon: Inside Look By Zero To One Search

November is coming to its end, and we cannot but recall key highlights of the Web Summit 2019, the major tech event in Lisbon held at the beginning of this month. Zero to One Search team could not miss this landmark conference – our CEO Marat Yakupov and Team Lead Pedro Perez attended the utmost of the activities of the four-day international tech gathering.

Below we are sharing the most interesting facts about the event and feedback from our teammates!

What is Web Summit?

This annual conference, deemed by Forbes “the best technology conference on the planet,” is a project of the same name company based in Ireland and launched for the first time in 2009. The company also organizes the Collision summit in Toronto and RISE in Hong Kong.

Initially held in Dublin, the event moved to another permanent venue in Lisbon in 2016. That was quite beneficial for the city’s tech infrastructure: several tech startup incubators have been established in Lisbon since then, while investments in digital-related projects almost plummeted.

The conference traditionally focuses on internet technology, emerging technologies, and venture capitalism and gathers the most prominent speakers from the industry, including world-famous celebrities. Stephen Hawking, Elon Musk, Al Gore, and UN Secretary-General Antonio Guterres addressed the summit at different times. Notably, this year it opened with a speech by whistleblower Edward Snowden broadcast live from Russia.

The mission of the conference lies in providing the possibility for both the biggest tech players and promising startups worldwide to compare notes and discuss what is happening within the industry and where the future is heading. 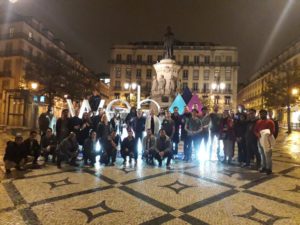 3. Great opportunity to network and find investors for your business. Chances to attract solid investments and persuade the tech community of the promise of your business are much higher when you are surrounded by the best tech experts and investors in the world.

4. A wide range of industries. This surely makes the conference not only the largest and the most prestigious, but the most comprehensive and universal. Below are the top five industries at this year’s Web Summit:

5. Insights and opportunities not only for decision-makers and tech enthusiasts but for developers as well. In 2019, programmers made up 12% of all attendees. They are a broad group with 178 languages represented, the most popular being Javascript, Java, Python, C/C++/C#, and Ruby.

“This was a fantastic event with an impressive level of organization. For us, as the fast-growing startup, to get as many as possible contacts from the industry and use every networking opportunity was a focus. We spoke to numerous founders and managers of both small companies and large players in the sphere, shared views on the situation on the tech market in Europe and key trends in tech recruitment. That was a great process of active learning and simultaneously sharing own experience and knowledge.” 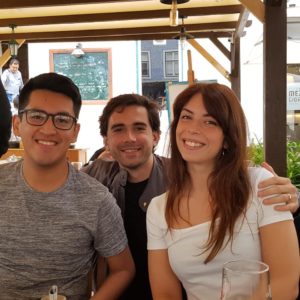 Have any questions or comments about Web Summit? We will be happy to discuss in comments 🙂